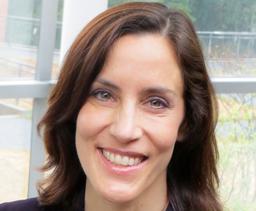 Do you have questions or concerns about your interfaith relationship or that of a loved one?

the legal union between two people originally of different traditions who are in love; can be interfaith, interethnic, interracial, or a combination

“Passionate opinions from every imaginable perspective are the norm where interfaith relations and especially intermarriage are concerned. When Dr. Keren McGinity came to speak in Fort Worth she brought not only thoughtful scholarship to the topic, but her openness and concern. She listened as well as talked. Dr. McGinity is one of those rare people who generates more light than heat addressing the topic of intermarriage.”

"I was so glad I reached out to Dr. Keren McGinity at the Love & Tradition Institute. She provided invaluable assistance, insight and background on Jewish intermarriage and gender. She was very helpful for our BBC documentary about issues facing interfaith couples around burial, a neglected area of research."

Frederick G.L. Huetwell Professor of History and Director of the Frankel Center for Judaic Studies, University of Michigan

“Marrying Out: Jewish Men, Intermarriage, and Fatherhood makes a significant contribution to a growing scholarship on intermarriage in the United States. It’s attention to gender, its excellent chapter on non-Jewish wives, its engaging chapter on popular portrayals of intermarriage, and its insightful analysis of Jewish men’s narratives of their lives as lovers, husbands, and fathers promises to set a new standard for studies of intermarriage. Written in a lively style, it will speak to an audience beyond the academic community of scholars and students, though it should be attractive for undergraduate courses on American Jews. It engages communal debates on intermarriage as well as scholarly ones and sets forth an original and provocative thesis.”

“If you thought there was nothing new to say about Jews and intermarriage, think again. Keren McGinity’s well-researched study focuses on American Jewish women who intermarried during the twentieth century and demonstrates that many of them not only remained Jewish but, paradoxically, became more Jewish, perhaps in response to the challenge of having a non-Jewish spouse. An invaluable addition to the scant scholarly literature on intermarriage, this volume shows that in intermarriage, as in so much else, gender matters.”

“C. Wright Mills used the term ‘sociological imagination’ to describe the insight a person has who ‘understand[s] the larger historical scene in terms of its meaning for the inner life and external career of a variety of individuals.’ In this regard McGinity’s work reveals her own strong sociological imagination.”

“Keren has and continues to do cutting edge research that should shape the way Jewish community professionals work with men, women, and families. In my opinion the three most pressing issues in the North American Jewish community are: intermarriage, the diminishing role of Jewish Men in the volunteer community and Jewish life, and the need to help Jewish men understand fatherly influence. Keren’s forthcoming book, Marrying Out: Jewish Men, Intermarriage, and Fatherhood, promises to be essential reading.”

Keren McGinity's work reminds us that today's Jewish community is
a diverse mix of individuals, men and women, Jews by birth and Jews by choice and non-Jewish partners, and no one should be put into a box or slapped with a label. She explores the nuances of intermarriage that should give us all hope for embracing a wider, more diverse and still committed community.
​

“Keren McGinity is the most interesting writer and speaker on the topic of intermarriage today. Her success stems from the fact that she sees intermarriage in the U.S. between Jews and people from other faiths in the context of history, popular culture, social policy and just about every other framework. Her work on what intermarriage means to the man or the woman in the couple illuminates the meaning of these relationships in a whole new light.”

“Keren McGinity in Still Jewish provides thoughtful analysis, historical perspective, and careful research which hopefully will elevate the public discussion of interfaith marriage within the Jewish community. As a sensitive and astute historian and interviewer, Keren McGinity is able to uncover the deeper and more nuanced complexities of interfaith marriage that require close examination and study. This book should be required reading for pulpit rabbis, teachers, parents and Jewish community leaders who speak, teach, or write about the topic for public consumption and want to be fully informed on the latest research and analytical ways to think about interfaith marriage.”

“This compelling, impeccably researched book should make a huge difference in how we understand the contentious issue of intermarriage in the Jewish community. By putting Jewish women into the center of the story, McGinity offers a fresh perspective that challenges standard interpretations. It is a must-read for anyone interested in the history of Jewish life in America as well as for all those concerned with present-day patterns, policies, and outreach programs.”

“Keren McGinity moves us from accepted myths and ‘theories’ about Jewish intermarried men to an analysis based on evidence and reality. Out of that comes an understanding of the ongoing importance
of Judaism in the lives of these men. Keren’s work will help us turn from prejudice toward inclusion.”

“Keren R. McGinity is the leading scholar of interfaith/interethnic relationships. She is a brilliant historian of women and gender and an engaging speaker.”

“Professor McGinity spoke with both academic depth and personal insight on the history of Jews and intermarriage in America. Her talk challenged assumptions and granted long overdue recognition of the remarkable dedication to Jewish life and learning of people who, like many of us, simply fell in love and married. Professor McGinity’s talk was received with nods of recognition and appreciation.”